das@ [David Schultz] has done some benchmark of the different PID allocators recently being discussed on hackers@, and the result is available here. 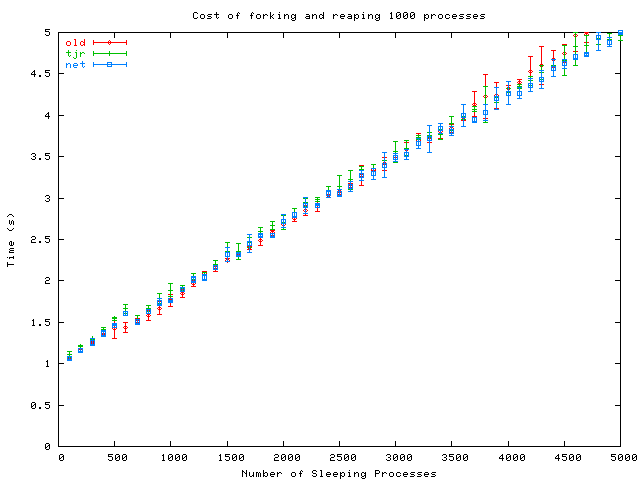 Cost of vfork’ing and reaping 10000 processes result in: 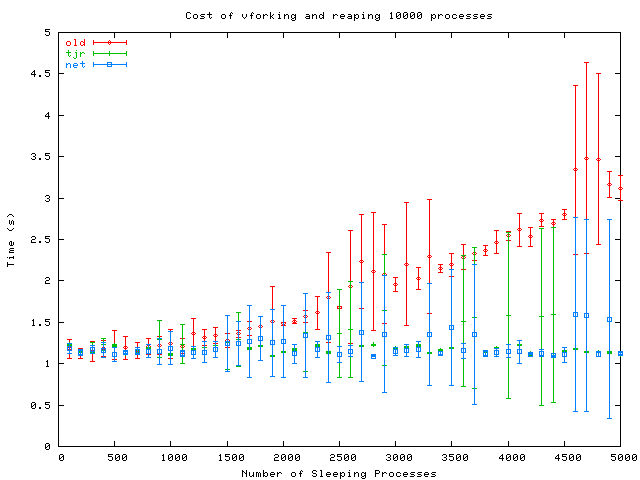 I still think junsu’s PID allocator is a bit better than tjr’s. According to the when we have 750+ processes, or more, the “net” implementation outperforms tjr’s. However, the simplicity of tjr’s allocator has earned both das@ and phk@’s applause, and it’s more likely to be a candidate MFp4.

What about SMP case? I’m looking for a test box for this, so if you can find one for me, contact me as possible.

There’re more interesting topics generated by the discussion. Among other things related to the performance benchmark, das points out that there’re two performance bottlenecks there. (1) wait4 was implemented not very well to perform a good job if there’re many childs waiting for reap. (2) pmap_remove_pages() needs more attention because it’s the most expensive part of exit() operation.