Today I have ported (a rather hacky patch) Micropolis (a GPL’ed version of SimCity) to FreeBSD. 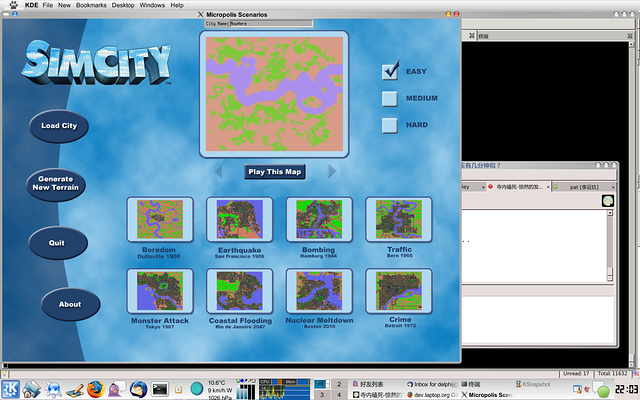 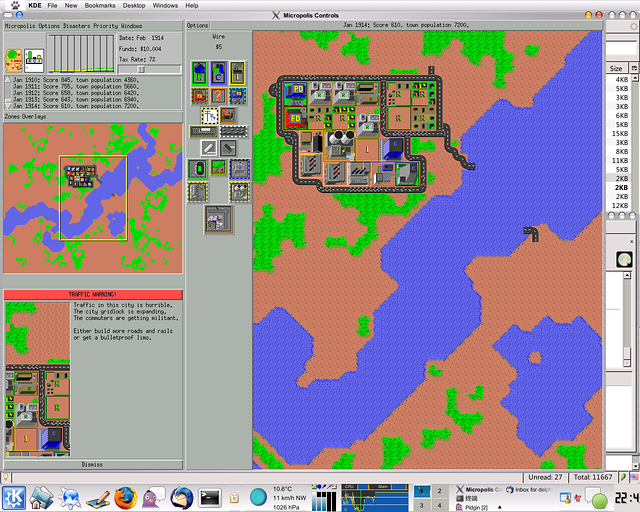 I try to do it, but fail in some points,
as I said in freebsd-ports, the application
starts but I can’t interact with the application.
I will try your version to undestand my mistakes.

Wich version of sources do you use ?

It’s the git version from
git://dev.laptop.org/projects/micropolis-activity . Also, some video
drivers has problem working with X+shared memory, you may want to use
xf86-video-vesa to see if it worked.

Thanks for your quick answer.

I download the source and patch it and some errors remains
specially “tclenv.c:62: error: conflicting types for ‘unsetenv’.”
My first supposition is I miss something or I apply the patch in a incorrect way. Or there is a trick….